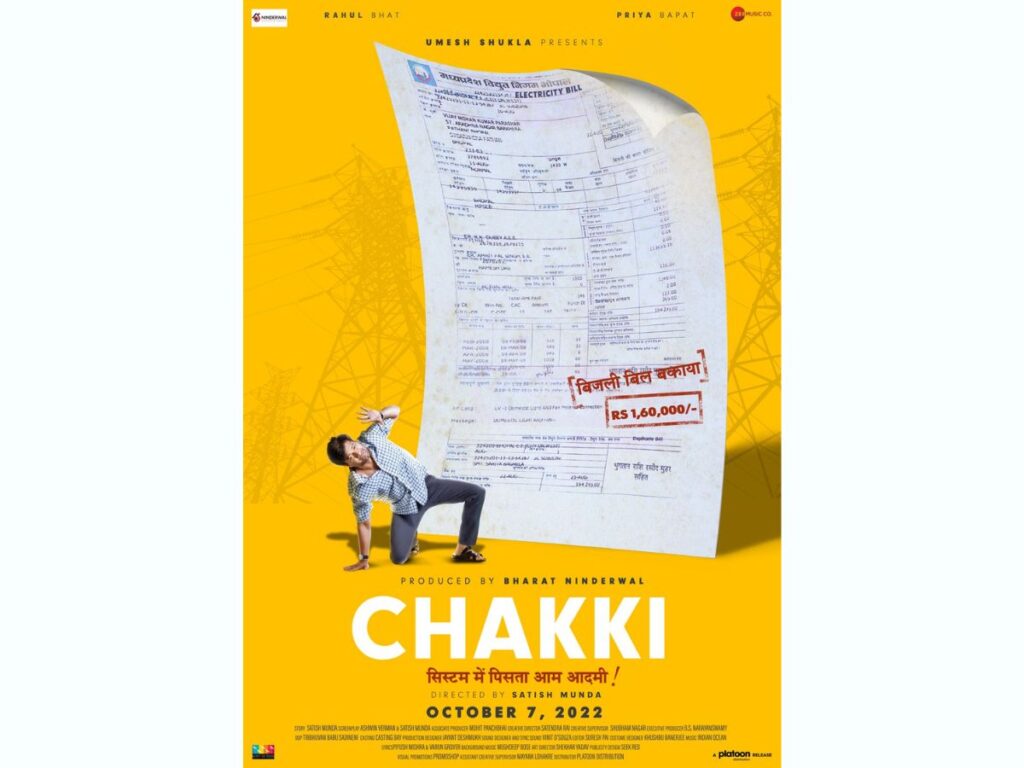 New Delhi (India), September 23: Film Chakki starring Rahul Bhat and Priya Bapat will have a theatrical release on 7th October. Chakki, the name that signifies an endless loop, is about struggles of a common man in a corrupt system.

The film directed by Satish Munda, produced by Bharat Ninderwal under his banner Ninderwal Productions Private Limited, is being released by Shiladitya Bora’s boutique distribution outfit Platoon Distribution. Umesh Shukla who directed acclaimed and hit films Oh My God and 102 Not Out, is presenting the film.

The film’s songs are composed by the much loved Indian Ocean band while singers like Pappon, Monali Thakur and late singer K K have sung them. The lyrics are penned by veteran Piyush Mishra and national award winning Varun Grover.

Says the director, “I am glad that the whole team that came on board for every department is so talented. All the technicians have worked on few of the much admired films and their association with Chakki was only possible because of the script that they all liked a lot. It’s a small film that mirrors our ecosystem and is relevant now, more than ever.”